Travel to the Archaic Land in 2 Days: Cappadocia 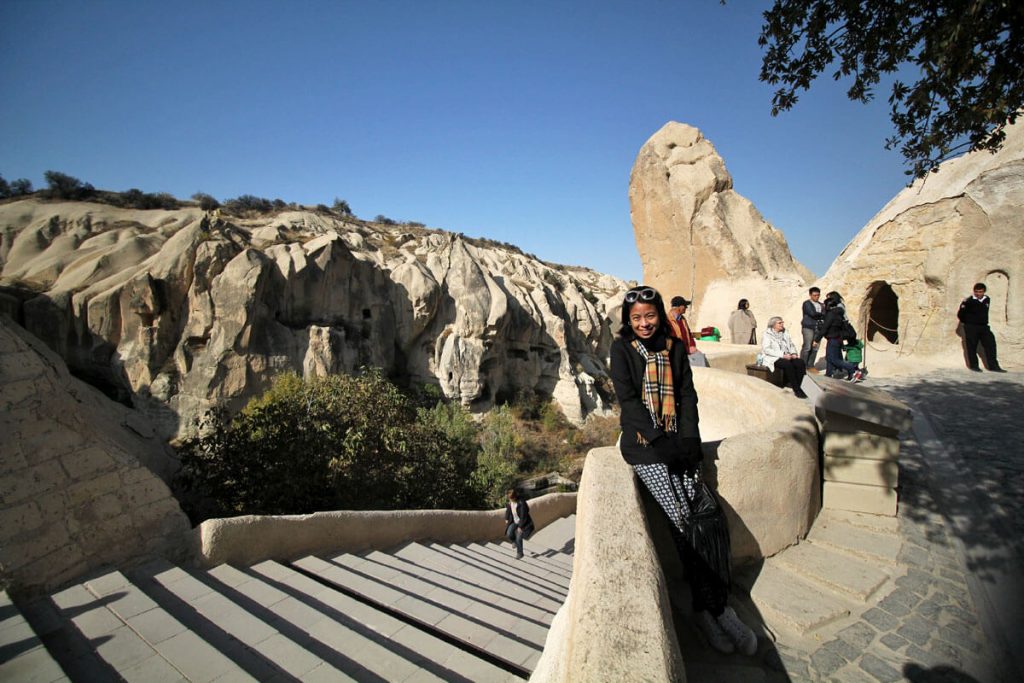 During our visit to Cappadocia, these are the thoughts in my mind almost in every rock settlement and especially underground city, and the feeling is the admiration. How can I not admire them? In underground cities, seven layers below the ground, the tunnel that average today’s human being will have walk hardly in today’s; the cellars – connected with tunnels, vaults, sanctuary and the graves, a hall where families can live for months and the dining room houses, are designed with a sense of admiration for the hidden history of mankind. Here is the best Cappadocia tour from Istanbul: https://toursce.com/tour/cappadocia-tour-istanbul-2-days/

Derinkuyu and Kaymaklı – Underground Cities, which are approximately 10 km distance, are the two most famous underground cities in the region. According to rumors, their settlement history is almost 3000 years BC. From the ventilating system to the combination of roads, everything is awesome in civil engineering construction. These gigantic underground cities were built to protect from war, natural disasters and predators to our 5000-year ancestors. And even thinking about which technology and engineering built these towns makes one’s eyes pop. Moreover, to think that they have lived for months in these places is a compelling situation for the people of this age. 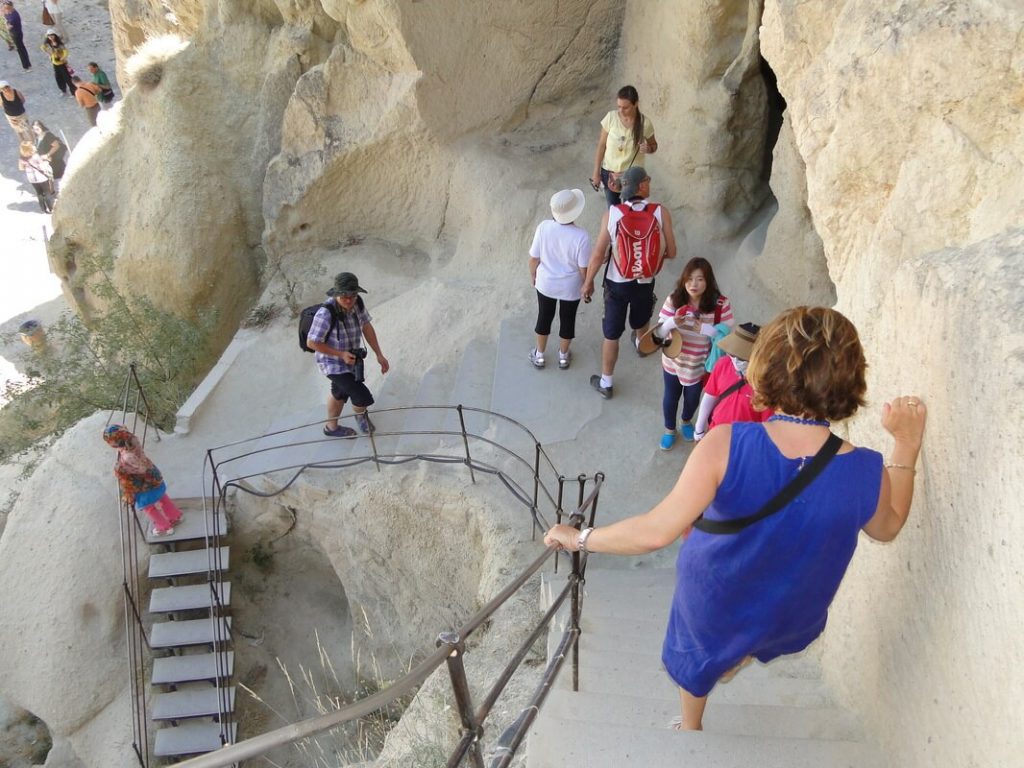 Almost everywhere in the Cappadocia, we can see a nature-human relationship which will surprise us. That’s why it evokes the name of the “the Atlas of Misty Continents “, which is also caused by the misty air during the time we are there. In this atlas, the tuffs, spreading from the Erciyes Volcano, resulted in the erosion of wind, snow, and rain over the time. We see that the rocks are shaped by human labor and turn into a house, cellar-vault, sanctuary or rocky tomb, and we witness to the history of mankind and even religions that have settled into the rocks. We fall under the splendid landscape, from the earliest periods of Christianity until the West Roman Period, development of the Christianity, the countless basilica, chapel and churches in the region, and we witnessed the same mystery with someone who came here before us a hundred years ago. https://www.lonelyplanet.com/turkey/cappadocia-kapadokya

I guess it would not be wrong to describe Cappadocia as a magical mysterious basin. Whether you want to Uchisar or Ortahisar, or Urgup, or Mustafapaşa road to Soğanlı or on the contrary from Goreme to Avanos, wherever you go, you will be able to catch an atmosphere that surrounds you and embraces your soul. Because nature is so in harmony with history, history with nature; there is no another geography embraced in such a harmony or hard to find somewhere in the world. You will get pleasure from travel in which the ground or the air with the balloons in rainbow color, and you will have the pleasure of being in this unique geographical region with every single breath. And perhaps you will leave a part of your heart into these magical cities in order to continue from where you left in voyage of the discovery for humanity like me. 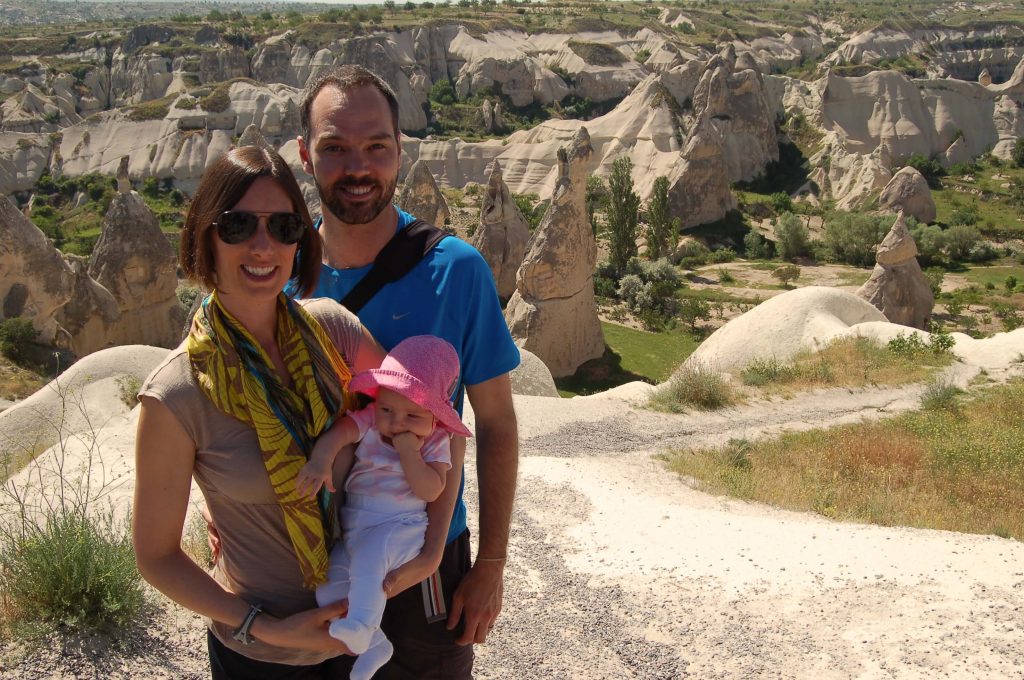 What do we buy from Cappadocia for memory?

If you want to buy a few things here before you turn, you can buy Cappadocian style ornaments made from plaster or onyx. You can also buy ceramic and pottery from masters of Avanos. When you go to Avanos, do not ignore to see the Güray Museum. The collection of Mehmet Bey who is the son of a family which made ceramics for three generations transformed magnificent underground museum where you will travel, from three thousand years of historical artifacts to the works of today’s ceramic and tile artists. You can go to the museum and buy artworks based on handmade crafts from famous ceramic and tile artists or the museum’s own workshops. https://www.tripadvisor.com/Tourism-g297980-Cappadocia-Vacations.html 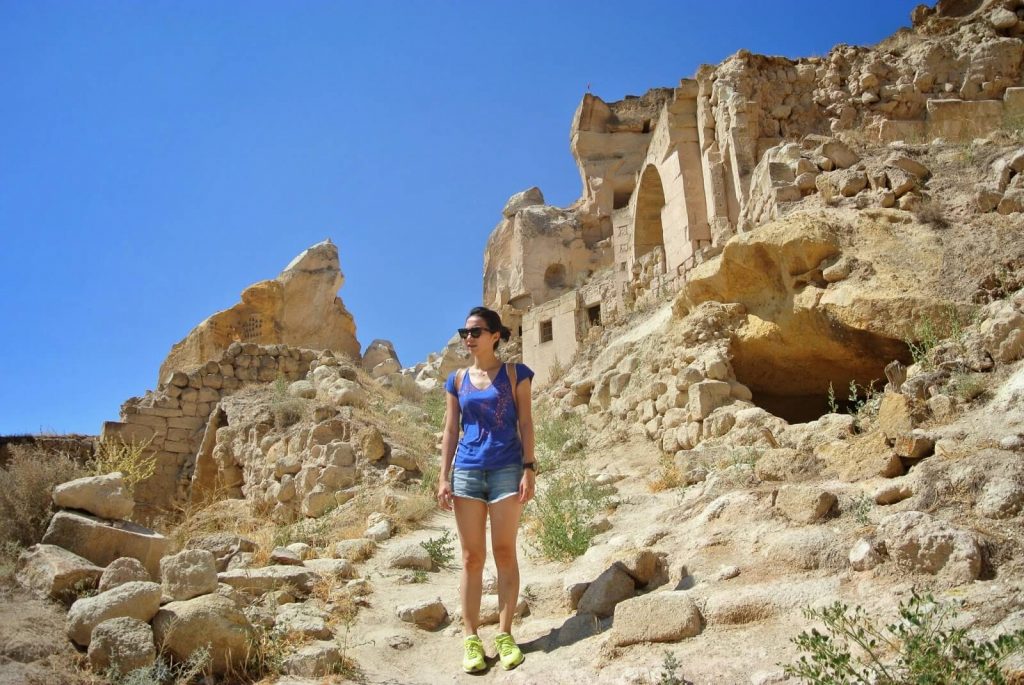 In the Goreme Open Air Museum area, you can also find various ornaments from the museum’s shop, and the most interesting of these are the designs by which children can paint their own t-shirts. It’s a little expensive, but if your budget is well, it’s a great gift shop to make kids happy. There are also available books in the museum that describe the history of the region in details with wonderful photographs. They can also be a great ornament for cultural tourism’ enthusiasts.

What are the essentials of our routes?

Cappadocia is a wide geography. So you should have at least three days for your travel and it will be easier to determine routes to yourself before thatSince we had a two-day program, we had to pass the shrine of Haci Bektaş-i Veli, which is the place Yunus Emre’s the first wisdom lesson and Ihlara Valley.  However, in our route which we draw towards Mustafapaşa direction, we have seen the mosaics of the 1600-year-old Sobesos Antique City, which is believed to have survived the Roman period. And finally, we reached the Soğanlı National Park on the Kayseri border by surpassing the snowy plateau. From there we went towards Derinkuyu and Kaymaklı Underground Cities. https://wikitravel.org/en/Cappadocia

It was very easy for us to rent a car and to see the map of our destination. While we were going to Göreme National Park, we took a breath in “Under that Tree” and we took out the wonderful scenery with the tea-urn. We did not forget under tree photograph. Goreme Open Air Museum is not as big as you think. But you still have to spare your two hours at least. You should visit the Tokalı Church at the end of the museum. The frescoes in which Jesus’ last meal and his apostles are portrayed separately are fascinating. If you have a museum card, you do not pay the admission charge. For this reason, I strongly recommend you to get a museum card, especially for your Cappadocia visit. You will use it in underground cities, at the Goreme Museum and Tokalı Church.  If you want to visit the Ortahisar and Uçhisar Castles then you will have to pay a fee organized by municipalities. They also have small amounts.

What kind of tastes do we meet in Cappadocia?

In our Cappadocia travel I disappointed a lot because of food. The fact that region has no special food was sad for people like us, especially those who care for regional food’s enthusiasts.  Although kebap cooked in sealed clay pot is served as if it is regional food, it is actually a meal specific to Yozgat territory. On the other hand, you can eat South Anatolian dishes such as kebab, or Middle Anatolian dishes such as Turkish type ravioli, quickbread with ground meat layer on top, haricot. But it would not be wrong to say that you will have a difficult time eating if you are a gourmand. However, the region’s landscape itself is so unique that you will buy something from the market like cheese, bread, tomatoes and fruit juice, they can give pleasure in this landscape. If you spend a long day like us, you can try this alternative, and in the evening you can go to a suitable restaurant for the feast. https://hometurkey.com/en/destinations/cappadocia

What do you do about accommodation?

You can find very different alternatives to accommodation in the Cappadocia.  It is possible to find rock hotels in many regions.  We were also staying in the Dere Suits in Ürgüp. In addition to being a cave hotel, suitable meals are also available at the restaurant. At breakfast, we could make a healthy start with regional products and fresh-squeezed fruit juice. Stone houses, as well as cave houses, are among the accommodation options. But in order to get full experience the Cappadocia soul, cave hotels will be a good choice.

What I say is that Cappadocia is a magical geography that attracts you as if it was a place for movies and tv-series, and helps you to go into the other fairy tales. Whether you go on a winter day as we do, or on a day of the spring – blossom time, it makes sure you meet different beauties each time. If you do not see Cappadocia, you should put it on top of the list of places where you go before you die.  You should spare at least three days so that you enjoy an adventure while traveling to every rock of every stone.  Enjoy every moment, when you are there. Absolutely, you have to stay in a rock-and-cave hotel so that your ambiance is complete. If you get caught up in this adventure and mystery travel like us, it will be hard to return and you will find yourself to make plans for your next visit.